I'm still here...I've been seriously slacking with the blog posts, I know.

I cannot believe it is snowing...AGAIN. My daughters were let out at 11:30 this morning (I missed the bus drop off - miscalculated and had to drive to their school to get them...felt like the worst mother in the world). We went right from school to the gym, though, a fact of which I am very proud.

So, lately, I have been thinking about that when I want to eat something I know I shouldn't eat.

So far it's working. Will it work all the way to 155? Who knows? But my hope is that it will get me back on track with cardio intervals (I have seriously lost my mojo there, opting for the elliptical every time) and keeping my food squeaky clean. One day at a time, we'll see what happens.

Hope y'all are well. More later.
Posted by Liimu at 8:58 PM No comments:

Loving this time of the month...

Yeah, RIGHT. I was crowing to a friend of mine yesterday about how proud I was that I had a kick a** workout, despite the nasty PMS attitude I was wearing around me like a comfy old sweater. She said, "Poor baby, a week of PMS and then a week of no sex. It's just not fair for us women." When she put it like that, it made me realize that it's probably way LESS fair for my poor husband who has to endure my nasty attitude (and not just nasty, but completely unpredictable and perhaps borderline psychotic, I vacillate so severely between bit**y and apologetic). And then he is the one who has to wait two weeks for lovin' (cause I ain't even in the mood when I'm PMSing and honestly, he's not particularly feeling my crazy a**, either).
Anyway, add to that the fact that I, like so many others, loosened the reins over Valentine's Day and there's at least a reason why I'm puffy and bloated and carrying around an extra 3-4 pounds than I was a couple weeks ago.
But I'm still here, and I'm still not only getting my workouts in, I'm KILLIN' at the gym. I'm drinking all my water and I'm eating clean. I'm also getting good work done and staying in a pretty positive, yet practical 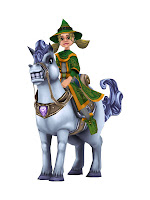 mindset about this slow season I'm in. January and February generally just SUCK in my line of work because no one really knows what they have as far as budget and even if they do, they don't want to spend it unless they have to. By May or June, when projects are really looking like they won't get done with internal resources, that's when they decide, okay, we have to. Bring in the cavalry. That's me. The cavalry. :)

Still plugging away getting ready for the show on the 27th. I love my band, and we're going to have SO much fun, no matter what may come of it and no matter who shows up. If you're in the Philly area that weekend, come on through! Fluid Nightclub, 616 S. 4th Street, from 6 to 9 pm. Hope to see you there!
In the meantime, they're calling for another foot of snow on Monday. I just had to steal this from Tea's blog. 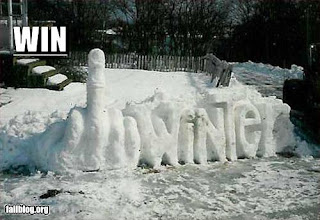 Is it a dream or a calling?

The past couple of days, I've been letting myself settle into the idea of giving the music a break. Those of you who know me outside of cyberspace (and some of you who don't) know that for the past year or so I've had somewhat of a resurgence of my music career, which I thought was pretty much dead and buried after I got married and had kids.

Back in 2007, I had the blessed opportunity to participate as a lead soloist on Patti Labelle's choir on the NBC reality show, "Clash of the Choirs." My rendition of Carrie Underwood's "Jesus Take the Wheel" was seen by 10 million viewers around the world, and the YouTube of it has been viewed over 20,000 times! Last year, when business was slow, I started poking around Facebook and got connected with one of Patti's producers, who convinced me that I could still make a go of this. Since last April, I have done a half-dozen showcases, have written over 20 songs (6 of which I've performed to rave reviews) and am almost finished recording my first studio EP.

The thing is, I also own my own business, and it's obviously a major part of the financial equation for my family. So, essentially I now feel like in order to make these two things succeed, I have to go 80 mph in two entirely different directions. So, lately I've been walking around seeing how it feels to settle into the idea of not doing the music as much. Here's where it gets kinda wild. This morning, I sat down to read the three meditation books I read every morning and every single one was about following your dreams and relying on God and His angels as the source of all power, sweeping away the fears and doubts and allowing Him to fan the flames of the deepest heart's desires and passions. Umm...okay...

I don't know about you, but I take that as a sign. I'm just gonna keep doing what's in front of me each day. In a couple weeks, we are doing a fundraiser for a local school. On the 27th, we're doing a concert at a nightclub in Center City that will raise money for Philabundance, the largest organization combating hunger in the tristate area (PA, NJ and DE). I refuse to let fear take the wheel and drive this bus, when I know who really needs to be driving. So, I say again...

Reach for the moon... 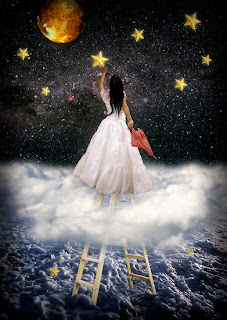 Because even if you fall short, you'll still be dancing among the stars. That is what I have always tried to do, despite friends and family often thinking I'm taking on too much, or spreading myself too thin or dreaming too big. 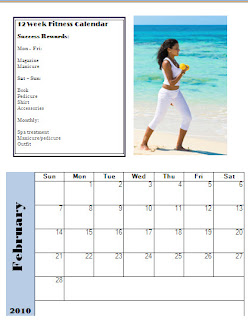 I'll keep you guys posted on how I do with it. Tony has been right there with me, calling me and texting me to make sure I'm on point. I feel grateful I have his support, and the support of my dear friend Jacquie, who also texts me all day and keeps me accountable. It's going to be a wonderful spring and summer. Thanks to all you guys for the votes of confidence! Oh, and if anyone wants a copy of my star reward chart for yourself to use, let me know!!

For now, off to make spaghetti for the girls and salmon and greens for me. Then have to wash their hair (bleah...) and then to BED, finally. I was in the studio until 11 pm last night, so I am WRECKED (i.e., beat).